The History Behind The Weird, Convoluted Way We Elect Presidents 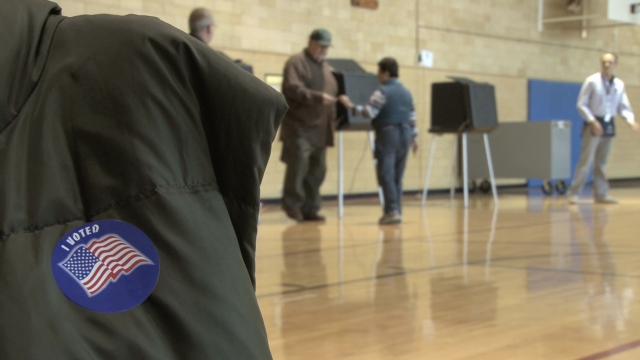 Wish we did things differently? We almost did.

Every election year, we get reminded that we have a pretty confusing, ridiculous way to elect presidents.

We punch in a name for president, but that vote basically just tells the electors in the "college" to vote for the person who wins our state.

It wasn't always like this. At the Constitutional Convention in 1787, there were four ways on the table to elect a president.

One choice was a straight-up popular vote. That was scrapped because back then, getting enough information about the candidates to voters throughout the country would have likely never happened.

Another choice was to just have Congress pick. But, among other reasons, some felt like it would create corruption and chip away at the balance of power between the legislative and executive branches.

The third was letting the state legislatures pick the president. But then, you could run into a situation where a president would feel indebted to those state lawmakers and not the citizens.

And the last is something similar to what we have now — with one major difference.

Basically, the electors cast two votes for president. The person with the majority became president; the runner-up became vice president. It worked out pretty well until the creation of political parties.

In 1800, Thomas Jefferson and Aaron Burr (both members of the Democratic-Republican Party) split the vote and tied in the Electoral College. It took the House of Representatives 36 tries to break the tie.

Out of that hot mess, we got the 12th Amendment, which changed the process so every elector just votes once for president and once for vice president.

If you hate our convoluted system, you're not alone. Over the past 200 years, there have been more than 700 proposals to change the system or just get rid of the Electoral College completely.