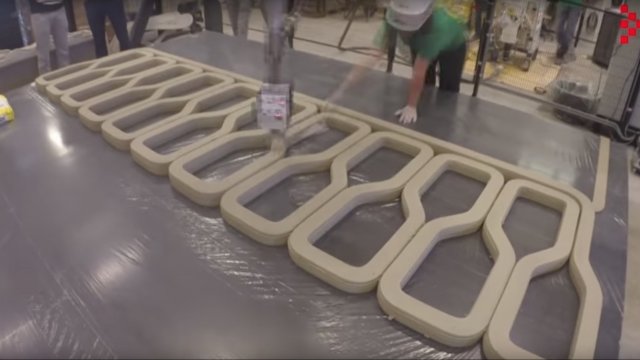 The Netherlands opened a 3-D printed concrete bridge for cyclists that uses less concrete — and cement — than traditional methods.

The Netherlands has a new bridge for its millions of cyclists, but it wasn't made the traditional way.

Officials opened what they're calling the first 3-D printed concrete bridge. It's about 26 feet long and almost 3 feet thick.

It's made of hundreds of layers of concrete along with steel cables. The concrete is only poured where needed, which means less is used than in traditional bridge building.

Most Of The World's Carbon Emissions Come From Just 100 Companies

And the people in the Trump administration tasked with regulating those companies are dining out with them instead.

The steel helps the concrete deal with certain kinds of stress.

That matters because making concrete isn't great for the environment due to one of its ingredients — cement. Cement production accounts for about 5 percent of global carbon dioxide emissions.

Those behind the project say they can take the information learned from making the bridge and apply it to even bigger structures in the future, like houses.