The Next Generation And Learning About 9/11 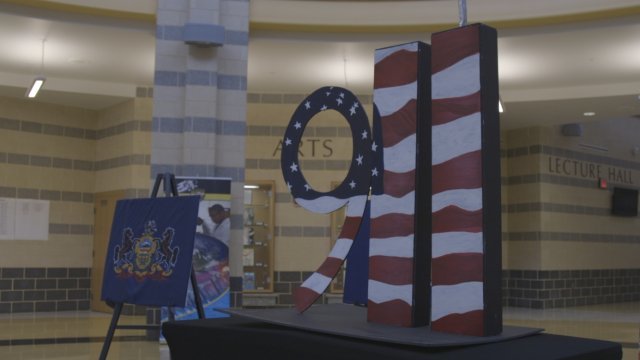 Nearly all children in school right now have no recollection of 9/11. History teachers must now instruct on a topic their students can't relate to.

Alexa Vinner is settling into sixth grade. She spends her afternoons dancing. Her world looks much different than a middle schooler's did 16 years ago. In fact, Alexa wasn't even born when the world changed Sept. 11, 2001. She was born in 2006. What she knows is from her parents and her teachers.

"There were four planes and that two hit the twin towers, and I forgot where the other two went, and a lot of people died. There was a whole big deal," Alexa says.

She says as sad as that day was, it's history to her. She's not alone.  Students who are seniors in high school were only 1 year old when the towers fell. Virtually every student in school right now has no memory of that day.

History teachers now have a daunting task. They're instructed to teach a subject that is so vivid in their minds, but one their students have almost no connection to.

"It's not the same way they don't know the French and Indian War, it's familiar territory," Jessy Feinberg, an 11th grade world history teacher, says. "When I write 9/11 on the board every year, or when someone says we're going to have a meeting on Sept. 11, I get a feverish chill, even though it's been 16 years. I don't think my students feel that. I don't think writing that date is different than writing Sept. 10."

Feinberg has only a single paragraph in her school's textbook referring to Sept. 11. Not all schools even have that much information.

The Department of Education doesn't mandate any coursework. States put together the curriculum, and even then, Sept. 11 often falls to the bottom of the priority list. But a New Yorker herself, Feinberg finds the time. She's morphed her lesson into much more than teaching what happened that day.

"I feel passionately about how that moment changed America and changed the perception of the United States," she says.

Instead, she teaches about defining terrorism. As a fifth grader, she had never heard that word before the towers hit. But her students are in a very different world today.

She hopes to get a larger message of perception across. Feinberg says it may not be her full responsibility to give detailed events of that day, but it is her job to make sure her students learn from what happened.

'Our Nation Will Prevail': US Officials Mark 16th Anniversary Of 9/11

President Donald Trump and other U.S. officials commemorated the anniversary during emotional ceremonies.