Deal Or No Deal: Theresa May Gives Parliament Brexit Ultimatum 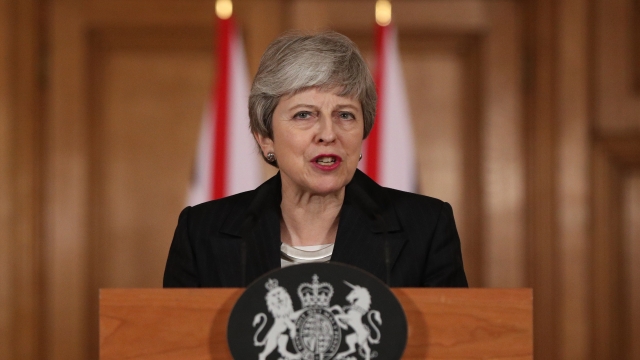 The EU is signaling support for U.K. Prime Minister Theresa May as she tries one last effort to get her Brexit deal through Parliament.

U.K. Prime Minister Theresa May is handing the country's parliament an ultimatum on Brexit – and for once, EU leaders have her back on this.

European Council President Donald Tusk indicated Wednesday he would be open to May's request to punt the Brexit deadline back to June 30 — as long as the U.K. has approved the Withdrawal Agreement negotiated between May and the EU.

Tusk told reporters: "We cannot give up seeking, until the very last moment, a positive solution."

Parliament has rejected that same agreement by huge margins two times before, but always with the promise of another alternative on the horizon. May's hoping the stark "deal or no deal" choice will force Parliament to fall in line — otherwise, the U.K. will crash out of the EU on March 29.

A key U.K. member of Parliament said they won't vote on approving the Brexit deal again unless there are substantial changes.

That might not be a great inducement to hardline Brexiteers in May's own party — many of them would prefer a clean break from the EU rather than support May's deal.

But May might be able to wring some support from the opposition Labour party, which opposes May's deal but fear the potentially disastrous economic and political consequences of a no-deal Brexit.

Tusk says he'll be able to call a summit of EU leaders next week, right before the March 29 deadline. Parliament has until that point to make up its mind on Brexit — one way or the other.