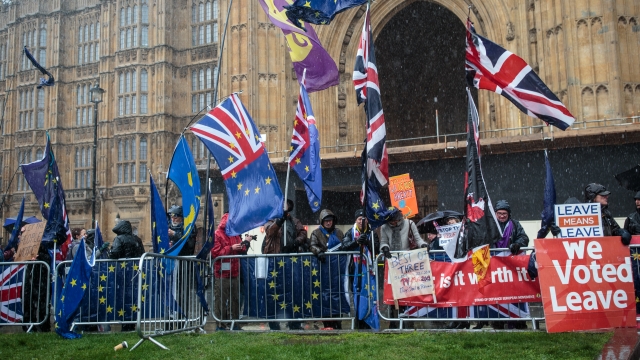 A key U.K. member of Parliament said they won't vote on approving the Brexit deal again unless there are substantial changes.

After a flurry of votes on the U.K.'s plan to leave the European Union, there's one vote that won't happen.

The Speaker of the House of Commons John Bercow made it clear that if Prime Minister Theresa May wants Parliament to vote on another Brexit deal, she needs to negotiate significant changes.

Think of Bercow's role like the U.S. Speaker of the House or Senate Majority Leader. Those two lawmakers are the gatekeepers and they decide which bills come to the floor for a vote. Bercow has similar power in the U.K.'s House of Commons.

Parliament has already voted on a number of Brexit issues this year. It rejected the negotiated exit deal with the European Union twice, rejected the idea of a no-deal Brexit, and approved delaying the country's March 29 exit date.

But delaying that deadline requires approval from EU countries. That could come during a summit that starts Thursday, but even if the exit date is pushed back, the way forward is murky.

The president of the European Commission and the EU's chief Brexit negotiator have previously emphasized that the latest withdrawal agreement is the final offer. Since that offer has been rejected by British Parliament, it's unclear what further negotiations could accomplish.