These Cartoon Characters Are Helping Kids Cope With Cancer 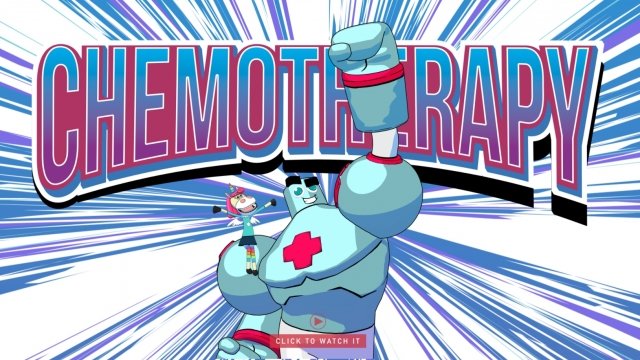 Cancer can be scary, especially for kids. These animated characters help kids deal with the emotional and medical strain of their journey.

Cancer can be scary, especially for kids. It's estimated over 15,000 children are diagnosed with cancer each year in the U.S. Characters from the Imaginary Friend Society help kids deal with the emotional and medical strain of the disease.

"I hear that you may be feeling angry, too, and it's OK to feel that way," says one of the bear-like characters on video.

These characters were brought life by the Pediatric Brain Tumor Foundation and the ad agency RPA. They say the goal is to bring back a sense of normalcy for kids. The idea was inspired by several child cancer survivors who say imaginary friends helped them through their recovery.

"They are experiencing pain, and a lot of parents tell us their kids feel a tremendous amount of anxiety. I think the kids and their parents feel afraid," says Kathy Riley, the Pediatric Brain Tumor Foundation's national director of family support. In the organization's study, 70 percent of people surveyed mention a lack of cancer tools and resources for parents and children. Eighty-five percent of viewers report feeling less anxious and scared.

Researchers found that the spread of breast cancer was greatly reduced when asparagine, a protein building block, was removed from a diet.

"I think the videos bring kids into this world where you have these fuzzy, fun, creative friends who are talking about all these things you are going through in a very fun and entertaining way," Riley says. "It reduces the isolation for the kids, and it makes them feel normal."

Others say the videos can open difficult conversations. While the topics are serious — ranging from cancer 101, chemotherapy, losing hair, feeling sad and getting an MRI scan — characters don't lose a sense of humor.

The MRI video was animated by Roof Studio. Executive producer and co-founder of Roof Crystal Campbell says it's about finding that balance.

"It doesn't feel like you're being talked down to," she said. "It's not super serious in a sense of being scary. You can have those, even those eye-twitching — it's the details that make it funny ... in the telling of it, but it doesn't take away from the seriousness of it."

All 20 videos were created by various graphic houses and sound designers from around the world.

A California Lawsuit Wants Coffee Shops To Warn About Cancer

A California lawsuit could add coffee to the list of products in the state that require a warning.

The videos are free to watch online on Imaginary Friend Society's website. They're also on TV and available on mobile devices in children's hospitals around the country, and they're currently being translated into various languages. And the group's work with this concept is far from over.

Jason Sperling from RPA describes the next step as a Snapchat-type filter or as augmented reality, where he says at its core, it's about communicating to children. He says Roof is developing "this rabbit character, and we actually started developing a tool where doctors and nurses could actually talk to patients as that character, so if they if they wanted to answer some difficult questions or connect with kids in a more meaningful way, that maybe using that motion-capture tool, they can do it."

"I think what the films do in a really magnificent way is that it's a tool for parents to use, and so it's something we can actually tangibly do for our kids that gives us back a little bit of the power and control that we've lost over our lives," Riley said. And she understands what some parents are going through: Her son had a brain tumor when he was a kid. He's a survivor.

"The journey isn't all sad," she says. "It's sadness mixed with joy, and the strength of the kids is overwhelming. It's impressive."