A Grant Is Finding And Funding Muslims To Tell Humanizing Stories 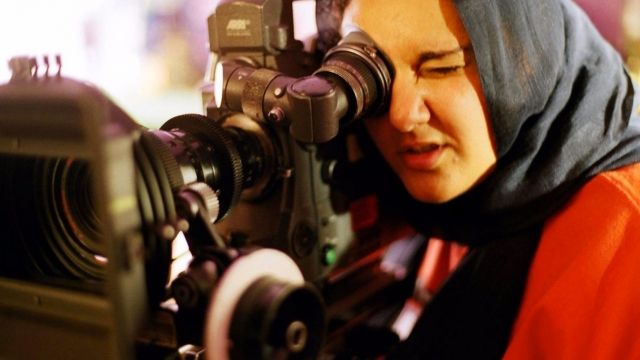 American Muslim Storytellers is a crowdfunded effort trying to raise $50,000.

Muslims often don't get to tell their side of the story, but this grant aims to change that. It gives funding to films that show authentic Muslim stories.

"This is giving us the ability to say these are the stories we want to tell. We're going to break down this hate," filmmaker and film grant director for the Islamic Scholarship Fund Iman Zawahry said.

The grant is a response to President Donald Trump's travel ban. It's not just for filmmakers. It's for anyone who wants to tell stories to break down negative stereotypes about Muslims.

"We all have the same common wants in life, but we only see our differences,"  Zawahry said. "And I really feel that film shows people that we are all that one and we can unify."

These Muslim Women Want Others To Know Self-Defense

"Now, people are asking for these stories instead of us having to fight for them," Zawahry said.

For the filmmakers behind this project, it's also about pushing for more representation.

"I really hope that we're able to create stronger actors, filmmakers and storytellers to where we tell honest and real stories," Zawahry said, "and that's why I am a filmmaker."

"When someone leaves a film, I want it to break down stereotypes," she said. "... I don't even want them to realize that person was Muslim; she was just a human who wanted a goal. ... I want people to walk away like, that's a great story, I loved that story and I related so much to that — that's the most important part of what I want to tell as a filmmaker, not only a Muslim filmmaker."