This Is Why Guacamole Costs Extra 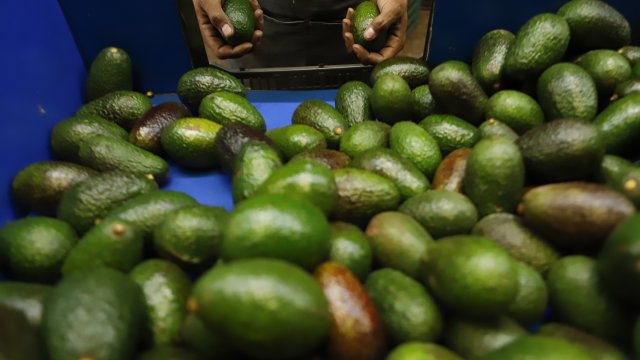 Avocados are water- and labor-intensive crops, and they're getting more popular in the U.S.

By now, you know: If you want guac with your burrito, it's going to cost you. Why is guacamole always extra?

You’re not just paying for that condiment, you’re also paying for the process of growing the avocados that made it.

A survey from University of California researchers found it takes “approximately 50 gallons of water” to grow one pound of avocados.

That means more labor costs before it reaches your plate.

The “extra” charge is also because of supply and demand.

The settlement covers about 13,000 employees who worked at the chain's New York City outlets between 2017 and this year.

The avocado industry is seeing green because of its rising popularity.

According to the U.S. Department of Agriculture, per capita avocado consumption has tripled since 2001, up to 8 pounds per person per year. As a result, suppliers have upped their prices.

There’s also the cost of labor to turn those avocados into guacamole.

A Chipotle executive told Reader's Digest its restaurants typically have two to three employees dedicated to guac prep each morning.

All those extra steps — growing and shipping avocados, and mashing them into guacamole — are passed on to you.