This Medical Student Turned Her Depression Into A Movement 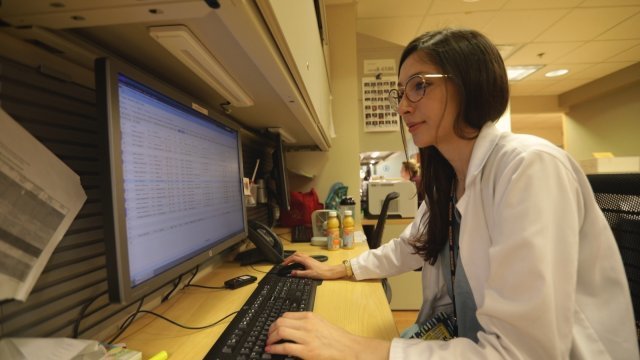 One night when Rahael Gupta was a second-year medical school student at the University of Michigan, she suddenly felt compelled to throw herself into oncoming traffic.

Gupta was slipping into depression. She had fallen behind in her coursework, and studying for weekly exams had come at a cost of sleep, exercise and time with friends.

"I had really lost touch with the things that were the most important to me, the things I valued the most about myself," Gupta said.

Why do so many doctors kill themselves, and what's being done about it?

Several hundred doctors kill themselves each year, researchers say, but how many die by suicide is not clear.

Newsy spent months exploring the problem, and this much is evident: Medical school students and residents are not immune to a problem that also grips practicing physicians.

About 27 percent of medical students experience symptoms of depression, according to a 2016 report in the Journal of the American Medical Association.

A counselor at Gupta's medical school recognized that she was in trouble and convinced her to see a psychiatrist.

"I do not exaggerate when I say it saved my life," she said.

Gupta benefited from a wellness program that many experienced doctors say they can't access.

She has become an ambassador for physician wellness, speaking out about her depression. This year she wrote about her experience in the Journal of the American Medical Association, and she produced a video featuring faculty members and fellow medical students looking into the camera and reading parts of her story. They appeared in solidarity with Gupta's goal to fight the stigma that keeps doctors from sharing their own struggles with depression.

Dr. Srijan Sen is part of a team leading the efforts to promote physician well-being at the University of Michigan.

"At the medical school level, we've worked really hard to try to change the curriculum to talk about this and to allow people to struggle and to go through it," he said.

Beyond medical school, Sen told Newsy, reducing physician suicide will require a cultural change for doctors, an acceptance that depression in medicine is normal and can be treated without destroying a career.

"I'm confident medicine will look a lot different in 10 years, that we'll be much better at this, that we'll have healthier work environments and better access to treatment," he said. "The stigma will be lower, and patients will be healthier because they're being treated by healthier physicians."

For free and confidential support from a trained counselor, call the National Suicide Prevention Lifeline at 1-800-273-8255.