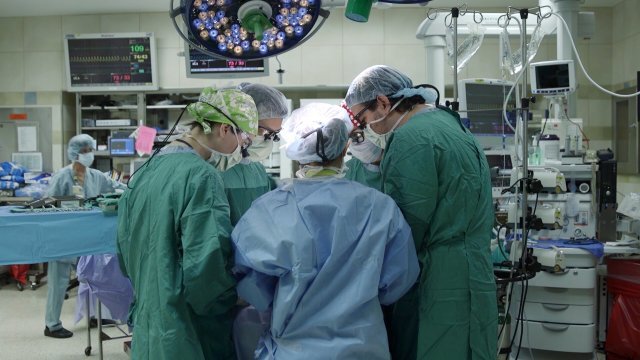 Why do so many doctors kill themselves, and what's being done about it?

Mitchell Hardison, 62, was a well-known family doctor in Raleigh, North Carolina. He had what appeared to be a perfect life with a family, success, and patients who respected him.

But Hardison ended it all on a fall day in 2015. He drove to a secluded cul-de-sac a few miles from his office and shot himself in the chest. A construction worker found his body the next day.

Hardison had a secret: He was depressed and felt he couldn't seek treatment without jeopardizing his career.

This Medical Student Turned Her Depression Into A Movement

"He was 100 percent positive that if he came forward and said he needed help that there would be a reprisal of some sort," his daughter Anna Hardison Severn said.

Researchers estimate several hundred doctors kill themselves each year, but no official count exists. Not even the Centers for Disease Control and Prevention has one, and it estimates suicides for numerous occupations.

For "Unspoken," Newsy spent months exploring the causes of the problem and what's being done about it. Long hours and heart-wrenching moments such as the death of a patient are certainly factors. But numerous interviews and emails Newsy received from dozens of doctors also show that's not the entire story.

Experts told Newsy the medical system may be contributing to a culture that drives doctors toward suicide. Physicians say they often feel they can't seek therapy. They're concerned that speaking out will imperil their medical license or hospital credentialing. They speak of stigma surrounding mental health and of hospitals and medical schools lacking confidential counseling. They also say there's little support for coping with stress and traumatic events.

"They suffer alone because they don't feel like they can tell anybody what's going on," Gold said.

This Newsy investigation shows state medical boards are beginning to make changes to encourage distressed doctors to seek treatment. It also finds that taking care of the caregivers sometimes comes too late.

For free and confidential support from a trained counselor, call the National Suicide Prevention Lifeline at 1-800-273-8255.