Meghan's Father, Thomas Markle, May Testify Against Her In Lawsuit 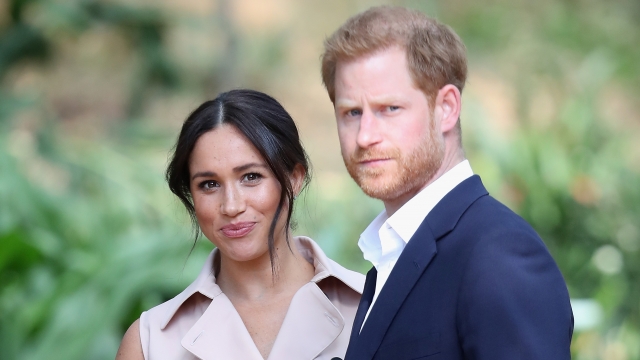 ​Meghan and Prince Harry sued the Mail on Sunday last year after the newspaper published a private letter she'd written to her dad.

Thomas Markle, the father of Meghan, the Duchess of Sussex, could be called to testify against her in a lawsuit involving a British tabloid.

Meghan and her husband, Prince Harry, sued the Mail on Sunday and its parent company last year after the newspaper published a letter she'd written to her dad after her wedding. In it, Meghan seems to criticize her father for, among other things, his relationship with the press. Harry said in a statement his wife's private letter was "published unlawfully in an intentionally destructive manner to manipulate [readers], and further the divisive agenda of the media group in question." He also accused the newspaper of "strategically omitting" parts of the letter in order to "mask the lies they had perpetuated for over a year."

The Mail on Sunday has denied the couple's allegations, arguing in legal documents filed Tuesday that there was a "huge and legitimate public interest" in the royal family, including its "personal and family relationships." The filing also says Thomas Markle "had a weighty right to tell his version of what had happened between himself and his daughter including the contents of the letter."

The Mail on Sunday's sister paper, the Daily Mail, also reported Wednesday that Thomas Markle "is expected to be called as a key witness for the [defense]" in the case. Meghan's half sister told the BBC if their dad is called to testify, "he will come."

No date has been set for a hearing in the case. The Duke and Duchess of Sussex said they're privately funding their case and that they'll donate any damages they are awarded to an anti-bullying charity.