Report: More Than 3,000 Died Trying To Cross Mediterranean Sea In 2017 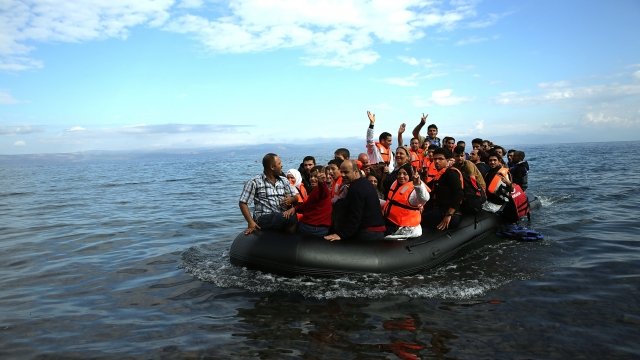 The death count did fall compared to 2016, but so did the overall number of migrants.

More than 3,000 people died in 2017 trying to cross the Mediterranean Sea to reach Europe, according to the International Organization for Migration.

That number is down from 2016, but so is the number of people trying to migrate. It's also a minimum estimate, as some deaths may have gone unreported.

2017 Was The Safest Year Ever For Commercial Air Travel

There were no fatal crashes in large commercial passenger jets last year.

Part of the problem is the ongoing illegal business of ferrying people across the waterway in unsafe boats. Migration numbers went down in 2017 after Europe took measures to shut down common pathways.

2018's first rescue operation on the Mediterranean Sea happened on Saturday, when 84 migrants were rescued after their rubber vessel sank off the Libyan coast. At least eight died, and dozens more may be missing.