Time's Up Leader Resigns Following Criticism About Ties To Cuomo 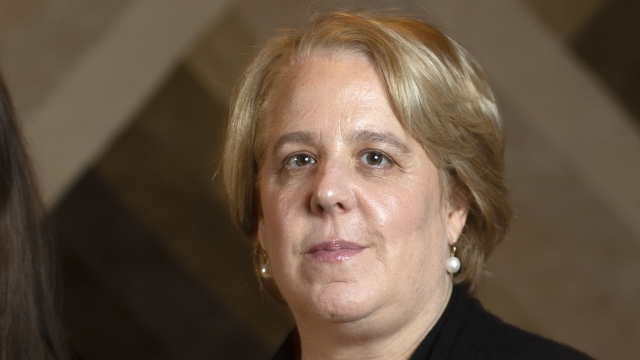 Roberta Kaplan has stepped down from her role amid criticism over her work advising the Cuomo administration on harassment allegations.

Time’s Up leader Roberta Kaplan resigned Monday over fallout from her work advising Gov. Andrew Cuomo’s administration when the first allegations of sexual harassment were made against him last year.

Kaplan cited her work counseling the administration last winter and her more recent legal work representing Melissa DeRosa, a top aide to Cuomo who resigned nearly a week after a report by the state attorney general concluded that the governor had sexually harassed 11 women.

“I therefore have reluctantly come to the conclusion that an active law practice is no longer compatible with serving on the Board at Time’s Up at this time and I hereby resign,” Kaplan wrote in her resignation letter, according to The New York Times.

Kaplan was the Chair of the Board of Directors of Time’s Up and cofounder of the Time’s Up Legal Defense Fund, which aids women who have experienced sexual harassment and discrimination in the workplace.

“Over the past several days, HRC’s employees, supporters, board members and partners have raised questions about the appropriateness of Alphonso David’s actions and whether they align with HRC’s decades’ long mission of fighting for equality and justice for all.”

Both Kaplan and David, a former legal counsel for the governor, were consulted by the Cuomo administration when he was first accused of harassment by a former economic development adviser, Lindsey Boylan.

At the time, Boylan was alone in accusing Cuomo of misconduct and the governor and his administration had drafted a letter attacking her credibility and motives, with the intent of circulating it publicly. Kaplan and David both agreed to review the letter.

A report by New York's attorney general said Kaplan told the administration that with some adjustments, it would be fine to send out. David declined to sign the letter, but agreed to contact other people to see if they would.

Other advisers, though, said that it was a bad idea and the letter was never widely disseminated.