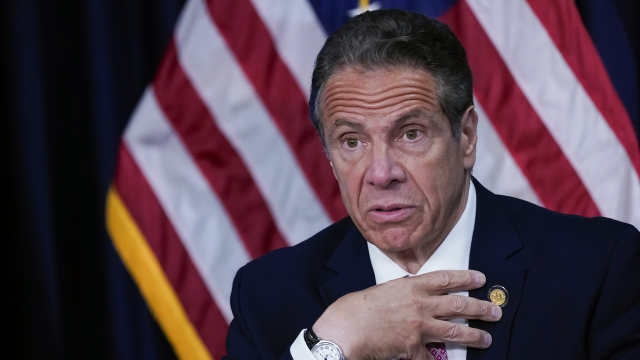 A woman who accused New York Gov. Andrew Cuomo of groping her breast at the governor's state residence has filed a criminal complaint against him.

The complaint, filed Thursday with the sheriff's office, is the first known instance where a woman has made an official report with a law enforcement agency over alleged misconduct by Cuomo.

Albany County Sheriff Craig Apple told the New York Post it is possible the Democratic governor could be arrested if investigators or the county district attorney determine he committed a crime.

Cuomo has denied touching anyone inappropriately. His lawyers have acknowledged that Cuomo and the woman met together on the day of the alleged encounter, but said he never groped her.

The nearly five-month investigation was conducted by two outside lawyers who spoke to 179 people.

Calls for Cuomo's resignation or impeachment soared this week after an independent investigation overseen by the state attorney general's office concluded that Cuomo sexually harassed 11 women and worked to retaliate against one of his accusers.

The criminal investigation comes as lawmakers are moving toward a likely impeachment proceeding over the allegations, misleading the public about COVID-19 outbreaks at nursing homes and using state resources and staff for his $5 million book deal.