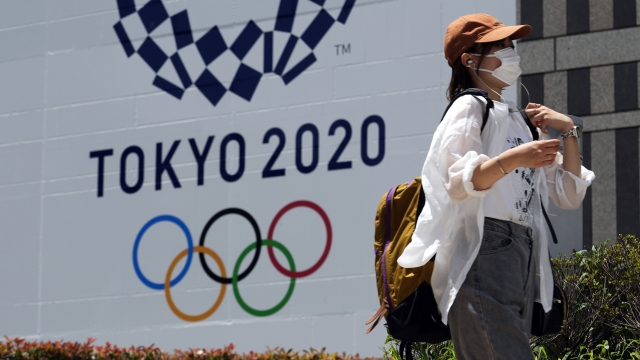 Tokyo residents share their mixed feelings after Japan declared a coronavirus state of emergency that will last through the end of the games.

It's an Olympics like no other: Delayed for a year because of the pandemic, the Summer Games will finally open this week — but the cloud of COVID-19 continues to loom large over Tokyo.

"There are a lot of people feeling anxious about holding the Olympics itself under this situation," one Tokyo resident said.

Tokyo is under a state of emergency due to rising COVID cases and a still limited vaccine supply. This year's Olympics will take place without any spectators, a decision that drew mixed feelings from locals.

"I think having no spectators is such a shame," a Tokyo resident told Newsy.

"I think this is unfortunate, but if they had spectators the number of COVID cases might have increased," said another Tokyo resident.

Tokyo entered a state of emergency less than two weeks before the opening ceremony amid concerns over the spread of the Delta variant. The more infectious strain of COVID-19 now accounts for nearly a third of cases in Tokyo. It's the fourth time Tokyo has taken such actions since the pandemic began.

"The state of emergency has been issued so frequently that it has made us a bit numb to the situation," a Tokyo resident told Newsy.

The restrictions announced include an alcohol ban in bars and restaurants, which are also being asked to close early. With the state of emergency expected to last throughout the Olympics, Tokyo residents are being asked to watch the games on TV from home.

"Of course I will watch the games on TV," a Tokyo resident said.