Tops Market Survivor: 'We Want To Move Forward In Peace' 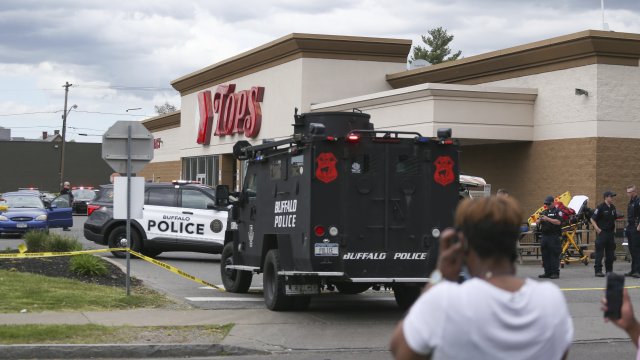 Fragrance Harris Stanfield was working at Tops Supermarket alongside her daughter when a gunman opened fire.

Ten people are dead after a gunman opened fire at Tops Supermarket in Buffalo, New York. An 18-year-old is charged in the shooting.

Survivor Fragrance Harris Stanfield, who was working at the market at the time of the attack, joined Newsy to talk through her experience.

Stanfield and her daughter, both of whom are customer service leads at Tops, were working when they heard gunshots. In the scramble for shelter, the two got separated in different parts of the store.

While they both managed to make it out alive, they continue taking steps to heal.

Stanfield said they are seeing fellow employees each day, exchanging hugs and support.

She said she is choosing not to acknowledge the shooter whatsoever.

"I don't give my energy for him, I don't want him to have a platform with me, so I'm not going to talk about him at all," said Stanfield.

Because Tops was the only major market in the area, the shooting has created a food desert in the community. Stanfield said many organizations have stepped up to provide support with food items and fresh produce.