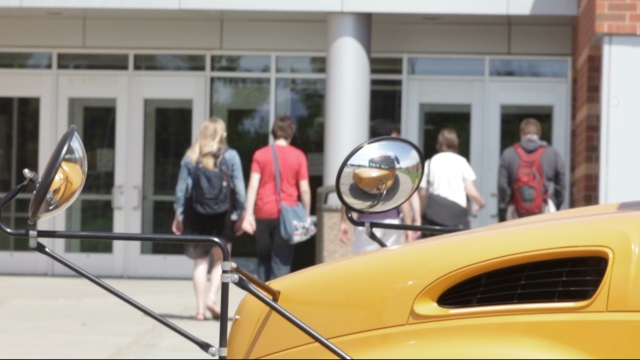 It cites the need for further consideration "of the legal issues involved."

In a joint "letter to colleagues" Wednesday, the U.S. Departments of Education and Justice said they were withdrawing guidance the Obama administration issued to schools in May 2016.

That guidance told schools to "treat a student's gender identity as the student's sex" under its Title IX obligations.

Title IX is a federal law that prohibits discrimination in schools based on sex. Schools must comply with Title IX to get federal funding.

So by not allowing transgender students to use the restrooms that match their gender identity, schools risked losing money.

That guidance faced numerous legal challenges and was blocked by a federal judge in Texas in August. The nationwide injunction was still in place Wednesday.

The Trump administration cites those legal issues as the reason for withdrawing the directive.

On Tuesday, White House press secretary Sean Spicer told reporters, "The president has maintained for a long time that this is a states' rights issue, and not one for the federal government."

The letter issued Wednesday said, "This withdrawal of these guidance documents does not leave students without protections from discrimination, bullying, or harassment. All schools must ensure that all students, including LGBT students, are able to learn and thrive in a safe environment."

But the Human Rights Campaign said that's not the case. It called the withdrawal of the guidance "a blind and cruel attack on young children."

The U.S. Supreme Court will hear the case of Gavin Grimm, a transgender high school student, next month. Grimm is suing his school board for banning him from using the boy's bathroom. He argues it violates Title IX.