DOJ Might Continue To Fight For Trump's Transgender Military Ban 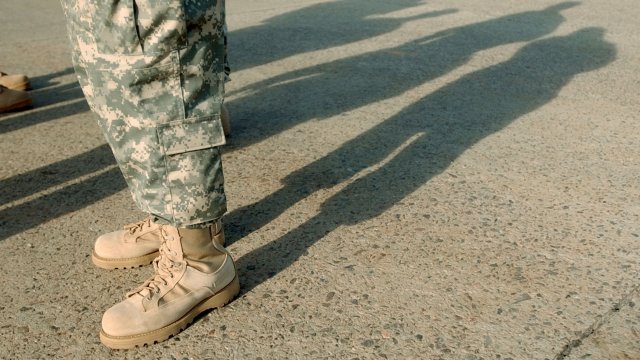 Two federal courts ruled the Pentagon must allow people who are transgender to enlist in the military starting Jan. 1, 2018.

The Trump administration is taking a step back from its fight to ban transgender people from serving in the military — at least for now.

In December, two federal courts ruled against the administration, forcing the Pentagon to start enlisting transgender service members on Jan. 1, 2018.

The Department of Justice said it does not plan to appeal the ruling right away. That's because of an "independent study of these issues" that's set to be released in the coming weeks.

In a statement provided to multiple media outlets, the DOJ said, "Rather than litigate this interim appeal before that occurs, the administration has decided to wait for DOD's study and will continue to defend the President's and Secretary of Defense's lawful authority in district court in the meantime."