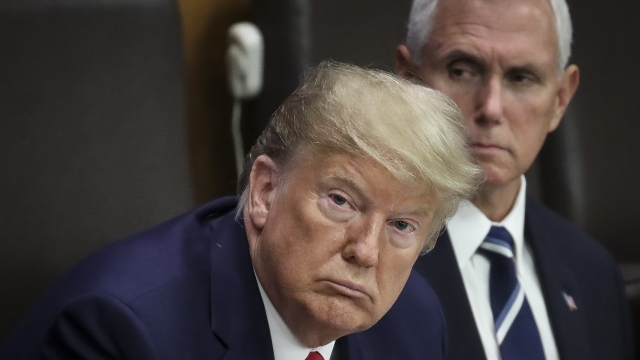 The president said he's authorized "the complete, fully declassified and unredacted transcript" to be released on Wednesday.

President Donald Trump said he's authorized the release of the transcript of his phone call with Ukraine's president.

President Trump took to Twitter to make the announcement on Tuesday. He said his conversation with President Volodymyr Zelensky was "a very friendly and totally appropriate call" and that the "complete, fully declassified and unredacted transcript" will be released Wednesday.

Later on Tuesday, a senior administration official said that following the release of the transcript, a whistleblower complaint related to the president may also be released to Congress. The move is a bit surprising given that acting Director of National Intelligence Joseph Maguire has, up to this point, refused to share details of the complaint with lawmakers — he even defied a subpoena to do so. Maguire is expected to testify before the House Intelligence Committee later this week.

President Trump's announcement followed reports that a U.S. intelligence official had filed a whistleblower complaint involving the president and his conversation with a foreign leader. Those reports have led Democratic lawmakers to push even harder for an impeachment inquiry. Over the weekend, Speaker of the House Nancy Pelosi warned of consequences if the Trump administration blocked the whistleblower complaint from Congress.

President Trump has downplayed the complaint, and administration officials have echoed his calls for an investigation into Joe Biden and Hunter Biden's business dealings in Ukraine. But the former VP, who's running for the Democratic presidential nomination, told reporters President Trump is "using the abuse of power" to "smear" him. On Tuesday, he said this isn't a Democratic or a Republican issue but a national one.

Adam Schiff, chairman of the House Intelligence Committee, tweeted Tuesday that the whistleblower's counsel said their client would like to speak to the committee. Schiff said that testimony could come as soon as this week.