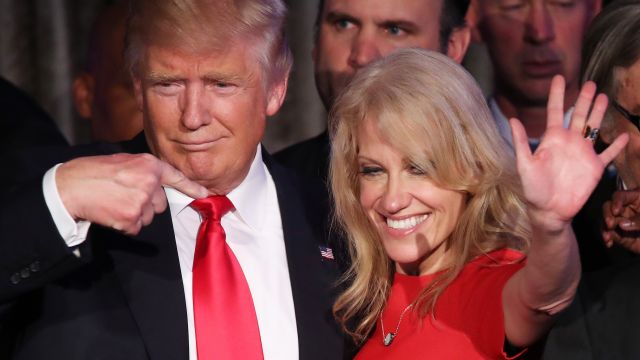 She was responding to New York Magazine editor Gabriel Sherman, who tweeted that two sources said she might be reluctant to join the administration.

Sherman's sources apparently said Conway wants to keep running her polling business in lieu of taking an administration job. Conway is currently the president and CEO of The Polling Company/WomanTrend.

Conway joined the Trump campaign in August, after her predecessor, Paul Manafort, resigned over his ties to Russian interests in Ukraine. She's been credited for keeping the campaign's message disciplined enough to pull Trump across the finish line.

SEE MORE: These Chicagoans Refuse To Unite For A Donald Trump Presidency

Politico reports Trump wants to announce several proposed Cabinet appointments before he takes office. He's also said to be narrowing down his list of potential Supreme Court nominations. Trump's transition team, led by New Jersey Gov. Chris Christie, is currently working to round out his administration.