Trump Defends His Decision To Pull U.S. Troops Out Of Syria 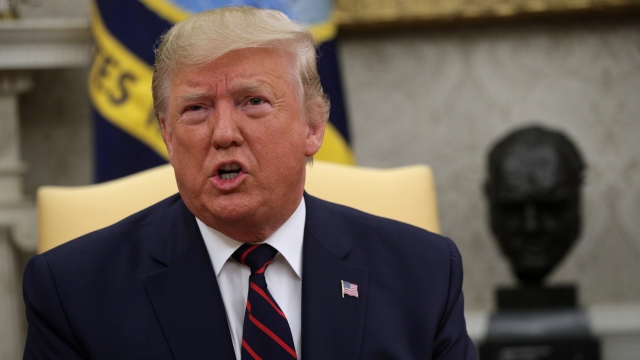 "It's not our border, we shouldn't be losing lives over it," President Trump said.

President Donald Trump is defending his decision to pull American troops out of Syria.

During an Oval Office meeting with Italian President Sergio Mattarella Wednesday, President Trump told reporters Turkey's invasion of northern Syria "has nothing to do with us."

That's where U.S. troops were fighting alongside Kurdish forces to eradicate ISIS in the war-torn country.

President Trump said the Kurds are "much safer now" since American troops left the region. And he added: "The Kurds know how to fight, and as I said, they're not angels."

The president doubled down on those comments during a press conference with Mattarella later in the day.

As Newsy previously reported, the U.S. sanctioned Turkey on Monday in an effort to pressure the country to end its attack in Syria. Turkey's president says he will meet with U.S. Vice President Mike Pence later this week to discuss a cease-fire.