For The Third Time, Trump Delays A Revision To The Travel Ban 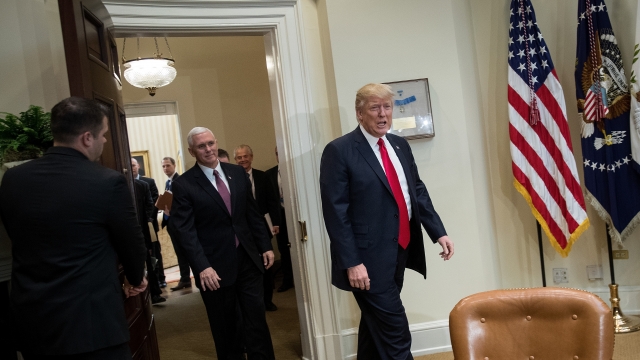 The reason might have to do with the success of Trump's recent address to Congress.

President Donald Trump is delaying revisions to his travel ban for a third time.

The Justice Department has pushed courts to delay ruling on the order until it's revised, which was expected soon.

But since Feb. 10, Trump has announced upcoming revisions several times. He was supposed to sign off on Wednesday but delayed that one, too.

A leaked draft report from the Department of Homeland Security says citizenship is unlikely to be a reliable indication of a terror threat.

That might have something to do with the success of Trump's address to Congress on Tuesday night.

A CNN/ORC poll found roughly 70 percent of viewers were optimistic about the policies Trump presented.

Although the administration didn't give a reason for Wednesday's delay, CNN spoke to officials who said a new travel ban could affect the unifying tone of Trump's speech.