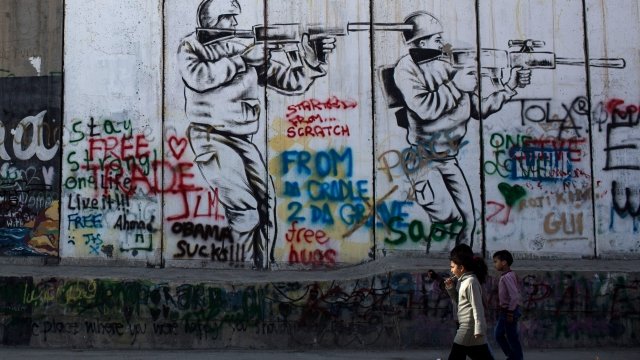 President Donald Trump has called peace between Israelis and Palestinians "the ultimate deal."

President Donald Trump has called peace between Israelis and Palestinians "the ultimate deal." But recent news from his administration seems to push that deal further away and risks alienating one side.

Trump reportedly plans to fulfill his campaign promise to move the U.S. Embassy in Israel from Tel Aviv to Jerusalem — recognizing Jerusalem as Israel's capital city. Israeli leaders didn't comment on the reports, but the Arab League united behind Palestinian leaders in protest.

That's also what Hamas said; Hamas being the Palestinian political party and militant group born out of the first Palestinian uprising against Israel's presence in the West Bank and Gaza Strip.

Those uprisings, one in the late 1980s and another in the early 2000s, are known as "intifadas." Both intifadas turned deadly, but the second was worse — roughly 4,000 people died.

And so you get an idea of how delicate Israeli-Palestinian relations can be, there's this: The second, more deadly intifada started when an Israeli politician visited the Al-Aqsa Mosque in east Jerusalem.