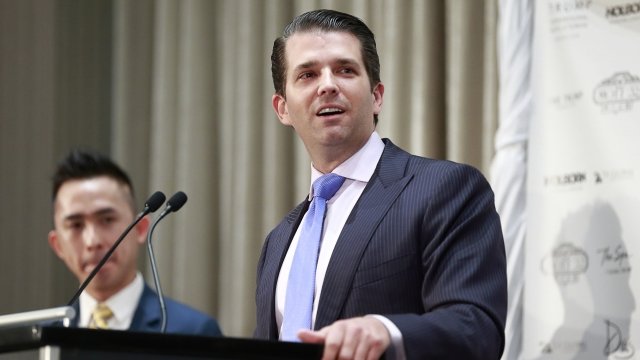 During an interview with Fox News' "Hannity," Donald Trump Jr. commented on his controversial meeting with a Russian lawyer during the 2016 presidential campaign.

"In retrospect, I probably would have done things a little differently," Trump said.

Trump said he wanted to see what information the reported Kremlin-linked attorney had on his father's opponent, Hillary Clinton.

"This is pre-Russia fever. This is pre-Russia mania. I don't even think my sirens went up or the antennas went up at this time because it wasn't the issue that it's been made out to be over the last nine months, 10 months," Trump said.

Just hours before the interview, Trump tweeted the email exchange that set up the June 2016 meeting.

The New York Times said it informed the younger Trump that it was planning to publish those emails, but he beat the outlet to it.

President Donald Trump applauded his son after the interview, saying he was "open, transparent and innocent."