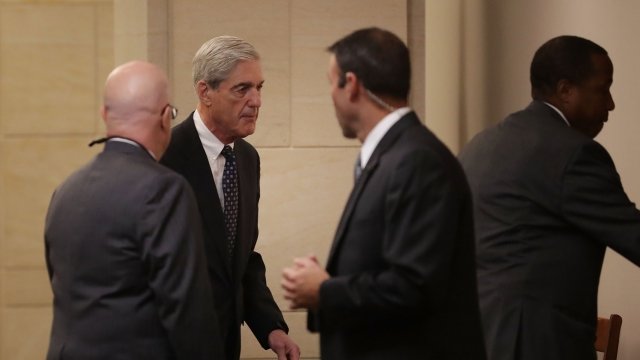 But the government agency in charge of those emails said no privacy could be expected.

Special counsel Robert Mueller and his team got ahold of thousands of Trump transition emails in a move one transition team lawyer called unlawful.

Kory Langhofer, a lawyer for Trump for America Inc., wrote a letter to two Congressional committees. He claims the General Services Administration — the government agency responsible for helping facilitate a presidential transition — turned over transition-related emails and devices to Mueller's team without any notification.

Langhofer says the transition team was told by the GSA that transition records were "owned and controlled" by the team, not the agency, and therefore shouldn't have been turned over to Mueller without the team's consent.

Rep. Elijah Cummings said the whistleblower came to him in June.

But the GSA pushed back on that. An agency official told Buzzfeed the transition team agreed to possible monitoring. He also said they were told "no expectation of privacy can be assumed," since they were using GSA devices and email.

Mueller's office also told Buzzfeed it obtained the emails either with "the account owner's consent or appropriate criminal process."