Hours Ahead Of Shutdown, Trump To Meet With Congressional Leaders 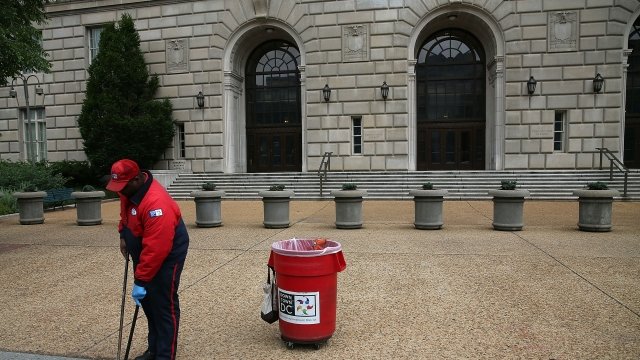 President Trump is set to meet with congressional leaders hours ahead of a deadline to avoid a government shutdown.

The deadline to avoid a government shutdown is Friday, so President Trump is looking for a deal. On Thursday, he'll meet with congressional leaders at the White House.

"The Democrats are really looking at something that is very dangerous to our country. They are looking at shutting down," the president told reporters Wednesday.

Trump, as you just heard, is pre-emptively blaming Democrats in the event they can't come to an agreement.

Republicans want a deadline extension, but Democrats want to figure out the budget — and a few other things — right away.

At issue is Democratic Sen. Chuck Schumer and Rep. Nancy Pelosi's demands for a deal to protect from deportation recipients of the Deferred Action for Childhood Arrivals program. DACA recipients are immigrants brought illegally to the United States as children.

And whether Democrats are willing to sacrifice funding the government to get that deal will at least influence the success of talks Thursday afternoon. Because if Republican and Democratic leadership can't pass a funding bill — even the temporary one on the table right now — so-called "nonessential" parts of the government would have to close. That means federal employees at agencies like the Department of Education, the Environmental Protection Agency, and the Department Health and Human Services could face furloughs.