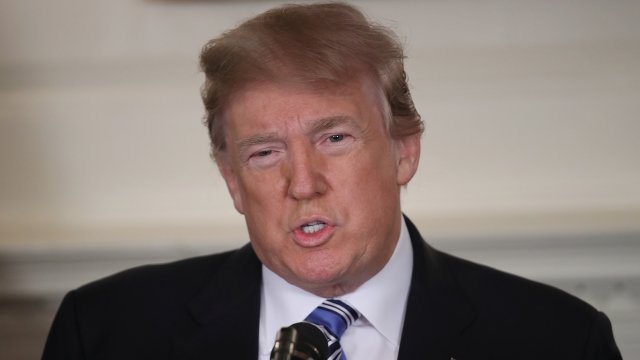 President Donald Trump weighed in on the new congressional districts map in Pennsylvania, saying Republicans should take it to the U.S. Supreme Court.

President Donald Trump is weighing in on the new congressional districts map in Pennsylvania — and he's not a fan.

The state's Supreme Court released the map Monday, and media reports say the map will give Democrats an advantage in the 2018 midterm elections.

Trump tweeted his opposition to the new map Tuesday morning, encouraging the state's Republicans to take it to the U.S. Supreme Court. He wrote, "Your Original was correct! Don’t let the Dems take elections away from you so that they can raise taxes & waste money!"

Republicans reportedly plan to challenge the new map in federal court. As for Trump's call to take it all the way to the Supreme Court — the justices previously declined a petition to weigh in on the case.