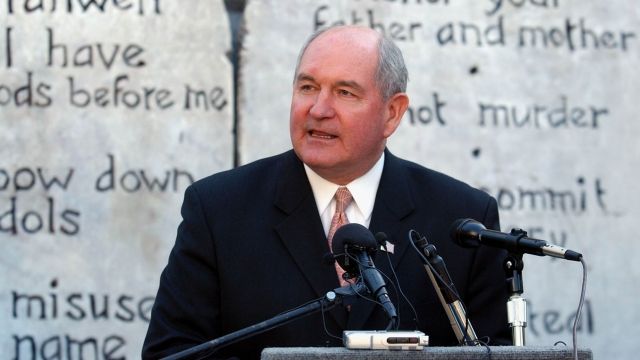 The president-elect confirmed his final Cabinet nominee in a statement Thursday.

The president-elect confirmed his final Cabinet pick in a statement Thursday. He promised that Perdue will "deliver big results for all Americans who earn their living off the land."

Perdue was a veterinarian before he got into politics in the 1980s. He also served on Trump's agriculture advisory committee during the presidential campaign.

During his Senate confirmation hearing, Scott Pruitt said the climate is changing, which differs from what he's said on the subject in the past.

If confirmed, he'll be the first Southerner to serve as secretary of agriculture in more than two decades.

Many of Trump's Cabinet picks have been criticized, but his final choice has left some Hispanic groups especially disappointed. This will be the first time since Ronald Reagan's presidency that the Cabinet won't have a Latino.