The Budget Blueprint Would Give Trump's Border 'Wall' A Boost 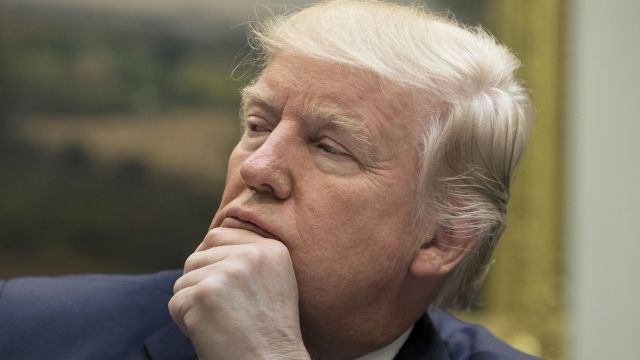 Only a handful of agencies would see an increase in budget. The Department of Homeland Security is one.

The federal budget blueprint is out, and if approved, a lot of agencies would see cuts.

But a few — like the Department of Homeland Security — wouldn't. The proposal includes a $2.8 billion funding increase for the DHS. And most of it would go toward securing the U.S.-Mexico border.

But the bulk of funding would go to infrastructure and "border security technology" — essentially, the Trump administration's proposed border barrier; $2.6 billion would fund planning, designs and construction.

But even with billions of dollars allotted to the barrier, it's likely U.S. taxpayers would foot most of the bill.

The Trump Administration Officially Backs Off A Border Project Promise

U.S. Customs and Border Protection said it might now consider proposals for concrete designs as well as proposals for other materials.

The wall is projected to cost a little over $21 billion. Congress doesn't just have that money lying around, and Mexico has repeatedly said it's not paying a dime for the project.

Congress ultimately has to approve any budget proposal. With this blueprint, only the DHS, Department of Defense, Department of Veterans Affairs and Social Security Administration would see increases in federal funding.

Some critics, including conservatives, have said the proposal is "dead on arrival" because it slashes funding for other important agencies.