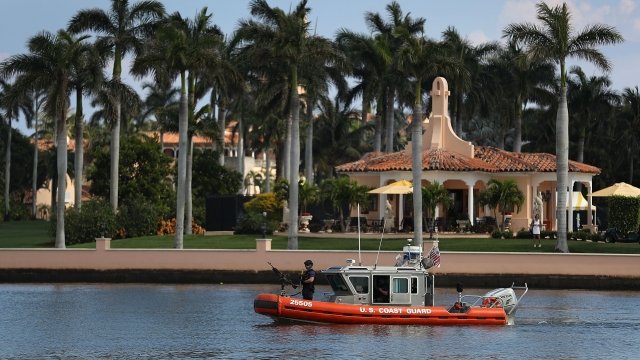 President Donald Trump spent the week touting domestic manufacturing and promoting creating American jobs. But his own company is on the lookout for foreign workers.

Earlier this week, the Department of Homeland Security made an additional 15,000 H-2B visas available for seasonal workers this fiscal year.

That type of visa is granted to temporary, nonagricultural foreign workers when there aren't enough American workers willing or able to do a job.

The Trump administration announced "Made in America" week, but it's struggled to control policy messages during its other "themed weeks."

Trump previously claimed he's had trouble hiring American workers for certain positions at Mar-a-Lago. In a 2015 interview on MSNBC's "Morning Joe," he said it "is very hard to get people in Florida for seasonal jobs."

A Labor Department spokesperson says both country clubs must try to recruit Americans before they can get visas for foreign workers.