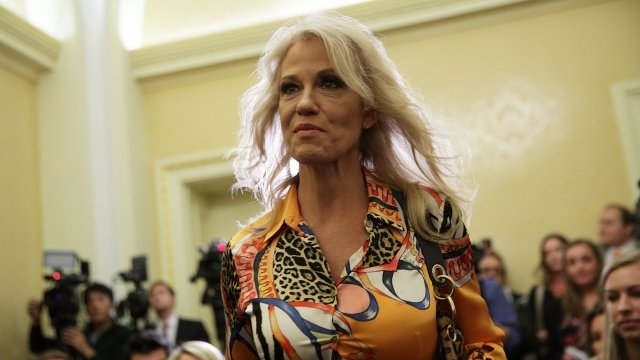 News outlets pointed out that Conway has no formal experience in drug policy, law enforcement or public health.

The Trump administration has tapped White House counselor Kellyanne Conway to lead its efforts against the opioid crisis.

"She is exceedingly talented," Sessions said on Wednesday. "She understands messaging, and we've got to change the perception in this country and try to reduce, through prevention, addiction in that regard."

President Trump's opioid commission suggested a list of ways to fix the opioid crisis. It did not, however, request specific funds from Congress.

Some news outlets pointed out that Conway has no formal experience in drug policy, law enforcement or public health. But an opioid policy expert told BuzzFeed that the appointment is a "positive sign" because it shows the White House is taking the issue seriously.

Conway has also previously spoken about the opioid crisis. In August, she said: "The problem is very complicated, and currently we're on the losing side of this war."

Conway's appointment as opioid czar comes one month after Rep. Tom Marino withdrew his name from the running after he was found to have sponsored a bill that weakened the Drug Enforcement Administration's power over opioid drug production.

Beyond the new appointment, the White House has yet to release a strategy plan, name the head of the Office of National Drug Control Policy or request money to pay for the public health issue.