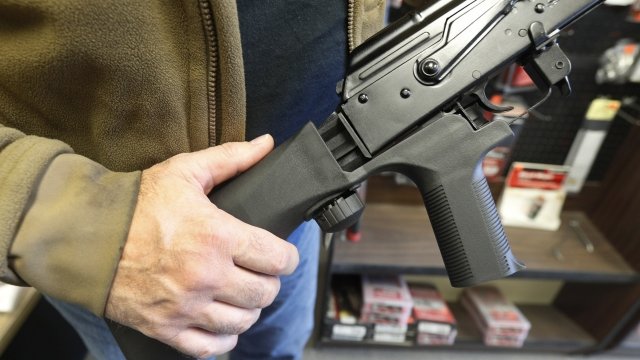 A bump stock was used by the shooter in Las Vegas in October.

"Moments ago, I signed a memorandum directing the attorney general to propose regulations to ban all devices that turn legal weapons into machine guns," Trump said.

In October, the Las Vegas shooter used a bump stock to increase the fire rate of his weapons.

It's illegal for private citizens to own fully automatic guns made after 1986.

A bump stock effectively turns a semi-automatic — or single-fire weapon — into a rapid-fire weapon by making the gun "bump" against the shooter's shoulder and trigger finger.