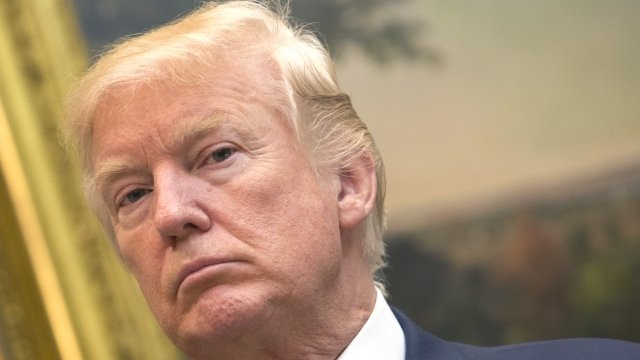 After Russian President Vladimir Putin expelled over 700 U.S. diplomats from the country, U.S. President Donald Trump is responding with a strong message: Thanks!

"I want to thank him, because we're trying to cut down on payroll. And as far as I'm concerned, I'm very thankful that he let go of a large number of people because now we have a smaller payroll," Trump said.

The expulsions were a response to Congress passing sanctions on Russia — which Trump somewhat reluctantly signed into law at the beginning of the month.

It seems these payroll-saving job cuts will be part of the State Department workforce reduction that was announced in April — something Secretary of State Rex Tillerson has taken a lot of bad press for.

"I hope the little stroll I just took you around the world indicates the building is hardly hollowed out," Tillerson told reporters Aug. 1.

Reaction to Trump's comments from State Department officials was scathing. One senior U.S. diplomat official told Politico, "This is so incredibly demoralizing and disrespectful to people serving their country in harm's way."