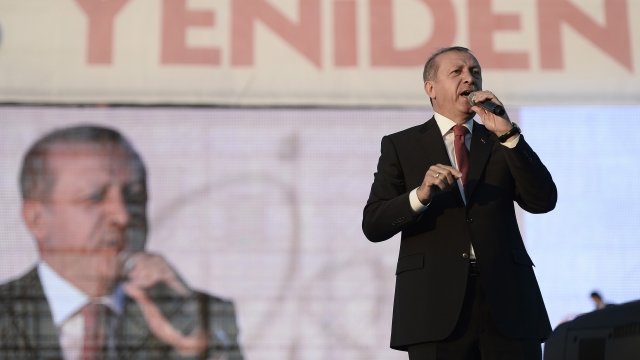 It's been a year since Turkey's failed coup, and President Recep Tayyip Erdoğan is still purging the public sector.

Almost 7,400 public employees were dismissed late Friday. That pushes the total number of law enforcement, military, academics, public servants and others fired since the coup to over 150,000. Another 50,000 people have been arrested.

Most of those people are accused of having ties to the Gülen movement, which Turkey declared a terrorist organization in 2016. It was founded and is run by Fethullah Gülen, a Turkish cleric living in the U.S.

Erdoğan blames Gülen for the attempted coup. Gülen has denied any involvement.

There are more Russian spies in D.C. today than during the Cold War. Here's how they recruit and influence Americans — including government officials.

Erdoğan clinched even more power in April when a referendum morphed Turkey's government from a parliamentary democracy into an executive presidency. The move concentrated power for Erdoğan while stripping away oversight coming from the legislature and judiciary.

After the failed coup, Erdoğan declared a state emergency in Turkey, which is what allows the government to rule by decree. The state of emergency is still in place.