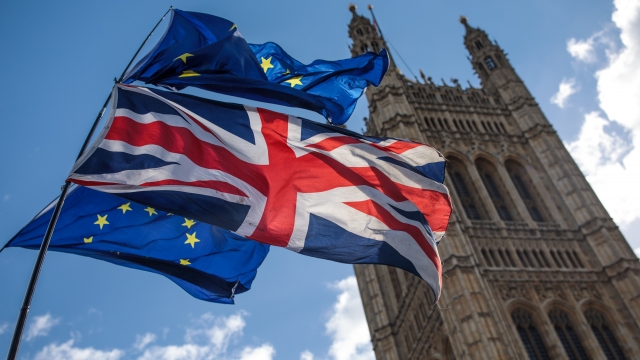 Prime Minister Boris Johnson's government turned his withdrawal deal into a bill, and it's hoping to pass it before the Brexit deadline.

After another failed attempt to get the U.K. Parliament to approve Prime Minister Boris Johnson's Brexit deal, the government will now try a new approach.

Johnson tried to get the House of Commons to hold a clear-cut, yes-or-no vote on his agreement Monday. That's after it voted Saturday in favor of an amendment to withhold the House's approval until legislation necessary to implement it has passed. But House Commons Speaker John Bercow refused Johnson's request, saying parliamentary rules bar the same measure from being considered twice during a single session unless something has changed.

As such, the government turned the withdrawal agreement into a bill. The European Union (Withdrawal Agreement) Bill would put Johnson's Brexit deal into U.K. law and repeal the requirement that a vote be held prior to the agreement's ratification. That means that in theory, if the bill becomes law, Brexit could happen prior to the Oct. 31 deadline.

But that's going to be easier said than done: It usually takes weeks, if not months, for bills to pass through Parliament and become law — and that's not taking into account whether the House of Commons will even approve the measure. Parliament members will also be able to introduce and vote on amendments to the bill, which could alter it considerably.

The House of Commons is expected to vote on the bill during its second reading Tuesday.

Monday's events come a day after Johnson was forced to send the EU a request to extend Brexit's deadline. A European Parliament spokesperson said Monday the body "will vote on Brexit consent only after ratification by the UK," adding that "for now, the ball is in [the] UK's court."