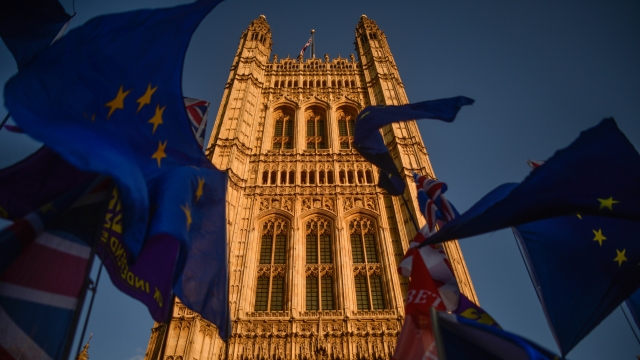 ​The House of Commons voted to advance the European Union (Withdrawal Agreement) Bill, but voted down the prime minister’s timetable for passing it.

The U.K. Parliament has approved Prime Minister Boris Johnson's Brexit bill — but rejected his proposed timetable for the bill's approval.

The House of Commons voted 329-299 to advance the European Union (Withdrawal Agreement) Bill during its second reading Tuesday. The bill essentially takes Johnson's withdrawal agreement with the EU and puts it into domestic law. It also repeals the requirement that a meaningful yes-or-no vote be held prior to the agreement's ratification.

Despite the bill making it further than any other Brexit bill before it, the House voted 322-308 against the prime minister's timetable for passing it. Johnson wanted to push through the legislation by Thursday so that the U.K. could meet the Oct. 31 deadline. But many lawmakers took exception to the accelerated timeline, saying they hadn't had time to scrutinize the over-100-page bill, which was just published the day before. They also pointed to the fact that bills usually take weeks, if not months, to pass through Parliament and become law.

Prior to the vote, Johnson said, "If Parliament refuses to allow Brexit to happen and instead gets its way and decides to delay everything until January or possibly longer ... [then] the bill will have to be pulled and we will have to go forward to a general election." But after the vote, he said he will instead "pause" the legislation until the EU reaches a decision about an extension.

European Council President Donald Tusk said he "will recommend that the EU accept the UK request for an extension," adding that he "will propose a written procedure" for the delay.