Uber Discloses Data Breach It Paid $100K To Cover Up 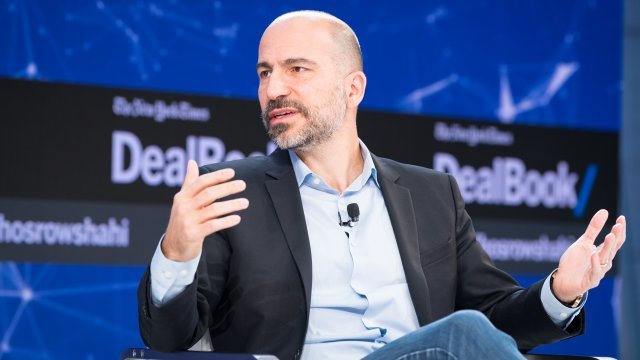 Uber CEO Dara Khosrowshahi said the company discovered that information from up to 57 million user accounts may have been compromised.

Ride-sharing company Uber says it previously discovered a massive breach of its systems — and paid to keep it covered up.

In late 2016, Uber learned that two hackers gained access to the names and license numbers of around 600,000 drivers, as well as the names, email addresses and phone numbers of up to 57 million people who used the app.

Companies generally notify their customers and the proper authorities after experiencing a breach. Uber took a different approach.

According to Bloomberg, the company's previous management paid the hackers $100,000 to convince them to delete the data and keep quiet about the incident.

A London Court Is Trying To Change Uber's Business Model

Current CEO Dara Khosrowshahi said in a statement: "While I can't erase the past, I can commit on behalf of every Uber employee that we will learn from our mistakes. We are changing the way we do business."

Uber's chief security officer and one of his subordinates were fired this week as a result of the incident.