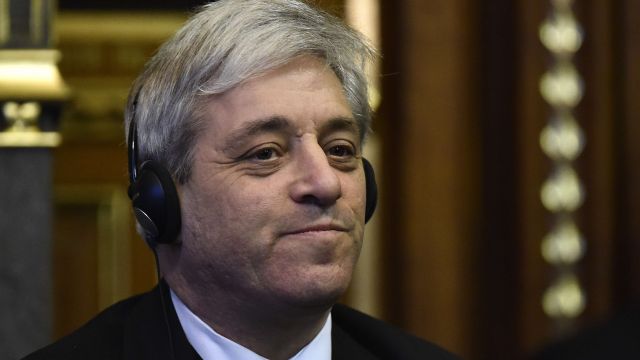 House of Commons Speaker John Bercow decried President Trump's immigration ban and said he was against the president addressing parliament.

"I would not wish to issue an invitation to President Trump to speak in the Royal Gallery," British Commons Speaker John Bercow said on Monday.

"I feel very strongly that our opposition to racism and to sexism and our support for equality before the law and an independent judiciary are hugely important considerations in the House of Commons," he said.

The speaker was responding to a motion signed by 163 MPs. The motion called for a ban on Trump addressing the Palace of Westminster.

Outrage Over Immigration Ban Makes Its Way To UK Parliament

More than 1.8 million people have signed a petition to stop Trump's visit to the U.K. The British Parliament will debate the petition on February 20.