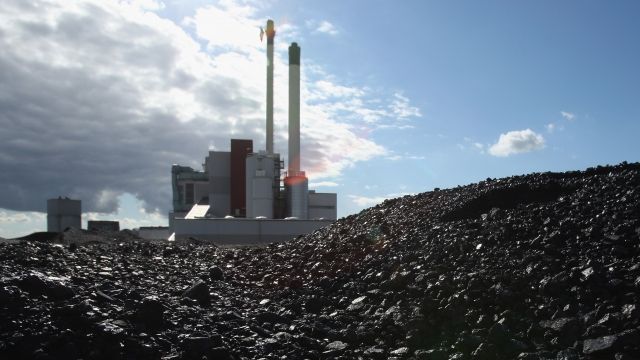 The United Kingdom went a full day without using coal power, a big step in its attempt to phase it out entirely.

For the first time in more than a century, the U.K. just went an entire day without using coal power.

The U.K. National Grid announced it didn't need to burn any coal Friday. Sure, it's just one day, but it marks a big step forward in the U.K.'s push to reduce emissions.

The U.K. has leaned on coal for a lot of its energy, especially during the Industrial Revolution. It opened its first coal power station in 1882.

The Trump administration is focused on coal jobs, but the numbers show an energy industry with different priorities.