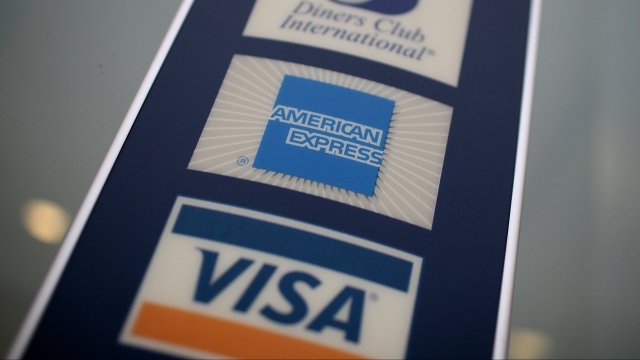 Starting in January, customers in the U.K. can no longer be charged more for using plastic at the register.

Pretty soon, retailers can't charge people more if they use a credit card. No, the U.S. isn't so lucky. We're talking about in the United Kingdom.

Starting next January, the U.K. government will ban surcharges on credit card purchases.

Consumers across the pond can face steep extra costs when they buy things like airplane tickets — sometimes as much as 20 percent on each transaction.

One U.K. treasury official called the charges a "rip off" and said there will be no more "nasty surprises" for consumers.

The Consumer Financial Protection Bureau has published a rule barring financial companies from using arbitration to shut down class-action suits.

The issue is a hot topic in the U.S., too. Only a handful of states and Puerto Rico have laws that forbid surcharges for consumers who use plastic at the register.

And courts have weighed in. In March, the U.S. Supreme Court reviewed a case in which New York merchants claimed the state's rules imposed on free speech because they said they couldn't tell customers when using a credit card would mean additional charges.

That case was returned to a lower court for further arguments.