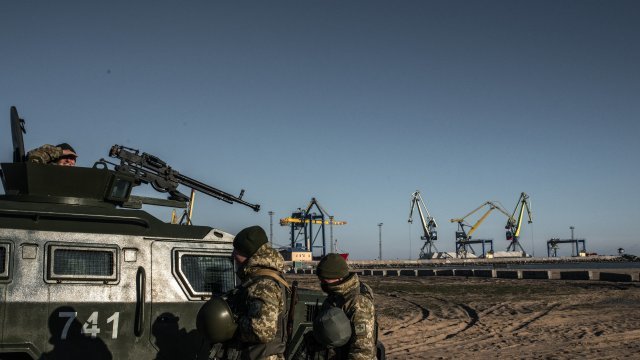 Ukraine declared martial law a month ago after Russia seized three Ukrainian naval vessels and their crews off the coast of the Crimean Peninsula.

Ukraine's martial law has come to an end after 30 days.

The country declared martial law about a month ago after Russia seized three Ukrainian naval vessels and their crews off the coast of the Crimean Peninsula. The sailors have yet to be returned to Ukraine.

The measure impacted regions along the Ukrainian-Russian border, a section of the Ukrainian-Moldovan border and the coast of the Black Sea and the Sea of Azov.

Ukraine's President Petro Poroshenko said at the time that martial law would help strengthen the country's defenses amid the increasing tensions with Russia.

And in a statement on Wednesday, Poroshenko said during the month of martial law, the country's armed forces' defense capabilities had "increased dramatically." Still, he said the "Russian threat has not disappeared."