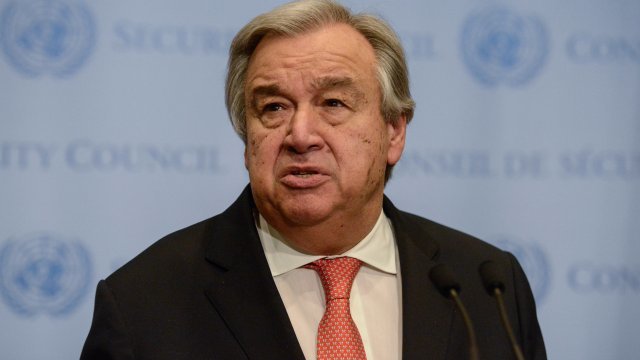 He says he's issuing a "red alert" to the world after a pretty turbulent year.

United Nations Secretary-General António Guterres has a message for the world going into 2018: unity.

Last year, Guterres appealed for 2017 "to be a year for peace," but says it was basically the opposite. This year he's ramping up his message's urgency factor.

​Zeid Ra'ad al-Hussein says he can't effectively do his job in this geopolitical climate.

He expressed the need to "settle conflicts, overcome hatred and defend shared values," saying the world's future depends on its people working together.

But, ending on a less bleak note, Guterres sent his well wishes, and he did so in a way symbolic of unified efforts.