More Than 3 Million Americans File For Unemployment Amid Outbreak 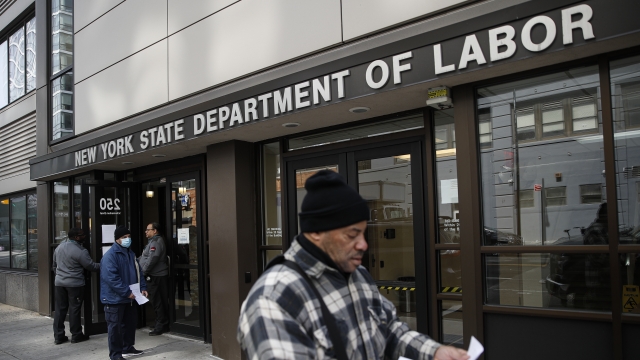 Department of Labor says 3,283,000 new unemployment claims were filed during the third week of March.

A record-breaking 3.28 million Americans filed for unemployment last week, reflecting the economic toll of the coronavirus.

The Department of Labor said new unemployment claims in the third week of March surged 3 million over the week before. The nation’s unemployment rate has likely risen from 3.5 percent in February to 5.5 percent now, the highest level since 2015, one analyst told the Washington Post.

In a statement, the department said, "During the week ending March 21, the increase in initial claims are due to the impacts of the COVID-19 virus."

As the virus continues to spread and as government officials have enacted tighter prevention measures, many businesses are seeing dramatic declines in sales, prompting layoffs. On Wednesday, the Senate unanimously passed a $2 trillion stimulus bill to provide some economic relief to Americans. If approved by the House, the bill would provide $250 billion in direct payments to many Americans.

These unemployment numbers do not look to be slowing anytime soon. With some states reporting that their unemployment benefit websites are crashing amid the influx of new claims, economists say we will likely see more filings.