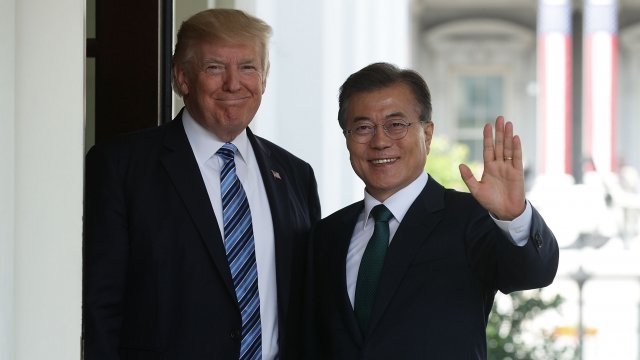 President Donald Trump would likely sit down with his South Korean counterpart before he meets with North Korean leader Kim Jong-un.

A South Korean official told CNN about the potential meeting. No exact date has been announced yet, but the meeting would likely happen before Trump hopes to meet with North Korean leader Kim Jong-un in May or early June.

South Korean President Moon Jae-in is sitting down with Kim Friday in a village in the demilitarized zone dividing the two countries.

The two leaders are expected to discuss relations between their two countries and the denuclearization of the Korean peninsula.

The purpose of a U.S.-South Korea summit after the fact would be to catch Trump up to speed on what Moon and Kim talked about. The South Korean official said Moon would likely fly to Washington, D.C. for the meeting.