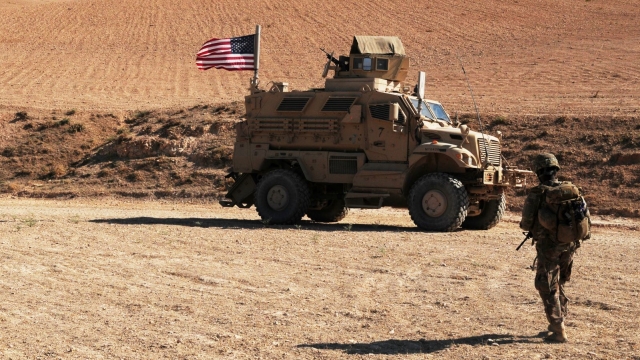 The Trump administration announced its controversial plan in late 2018 to pull U.S. troops out of Syria.

A spokesman for the U.S.-led military coalition in Syria said Friday it's begun the process of withdrawing troops from the country. No other details were provided for security reasons.

The Trump administration announced its plans last month to pull American troops out of Syria. But what's remained unclear up until this point is when exactly that troop withdrawal would happen.

The president originally ordered the Pentagon to remove all U.S. forces within 30 days, but he later pushed it back to four months. But then on Jan. 6, national security adviser John Bolton told reporters that the U.S. would remain in Syria until remnants of ISIS are defeated and until Turkey guarantees the safety of Kurdish forces in the country.

Roughly 2,000 U.S. troops are stationed in Syria. And the president's decision to move them out wasn't exactly popular with defense officials.

It's at least part of what prompted former Defense Secretary Jim Mattis to submit his resignation. Plus, U.S. officials have previously stressed the importance of stabilization in a post-ISIS Syria.