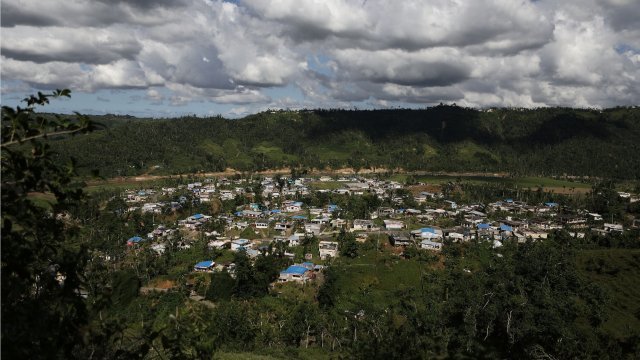 Now, the federal government is telling the U.S. territory it can't receive community disaster loans yet because it has too much cash.

In October, Congress allowed up to almost $5 billion to be transferred to the Federal Emergency Management Agency's Community Disaster Loans Program. Those loans were to go to local governments in areas hit by hurricanes Harvey, Irma or Maria.

In a letter dated Jan. 9, officials from FEMA and the Treasury Department said despite Puerto Rico predicting it would run out of funds around the end of October, it actually recorded $1.7 billion in available cash just before the start of 2018.

Federal officials also pointed out the Puerto Rican government revealed it had almost $7 billion in hundreds of bank accounts as of the end of November. Some of that money couldn't be used for hurricane relief efforts because it had already been set aside for specific purposes.

Gov. Ricardo Rosselló said the death toll from Hurricane Maria could be higher than the official count of 64.

But, because of the money Puerto Rico does have, FEMA and the Treasury Department say they're going to hold off on giving the territory its allotted community disaster loan until its "central cash balance decreases to a certain level." The officials didn't say what that level is exactly.

The federal government is going to allow Puerto Rico's 78 municipalities to apply separately for loans, though.