What's Next For US Diplomacy In North Korea? 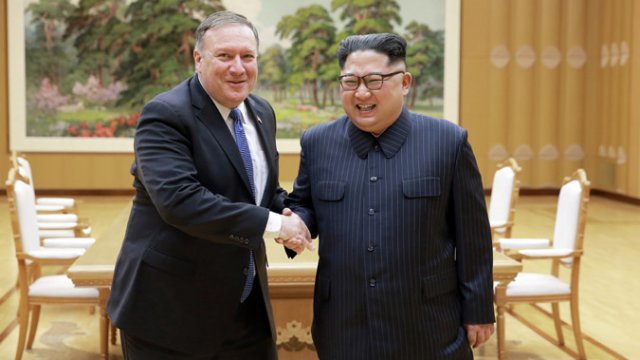 President Trump's decision to cancel the upcoming summit with North Korea leaves diplomacy on the peninsula in a tricky place.

President Trump called off the summit with North Korea in Singapore in dramatic fashion.

Trump said: "Hopefully positive things will be taking place with respect to the future of North Korea. But if they don't, we are more ready than we've ever been before."

This doesn't mean diplomacy with the North is over, necessarily. But it's going to take a lot to get things back on track again.

For starters, both sides are going to have to tone down their rhetoric. Trump cites the "open hostility" of North Korea as his reason for pulling out: The country recently threatened a "nuclear-to-nuclear showdown" if the U.S. didn't go through with talks.

For its part, North Korea wants U.S. officials to stop mentioning the Libya model of complete, instant denuclearization. Given that Libya's leader was ousted and killed years later, the North sees any reference to Libya as a threat of regime change.

Bill Richardson: The Strategies And Pitfalls Of Talking To North Korea

The former governor of New Mexico and ambassador to the UN has negotiated with North Korea before. He says quick solutions will be difficult to find.

Beyond the immediate tensions, the U.S. and North Korea will have to do more talking to get on the same page about denuclearization.

The U.S. has insisted that North Korea must completely and irreversibly denuclearize in order to get any economic relief. North Korea has made it clear it wants a more gradual, phased-in approach to denuclearization.

It will probably take a lot more meetings between lower-level officials to overcome those differences before Trump and Kim Jong-un can get back to being ready to sit down together.

Until then, we'll always have those commemorative White House coins.