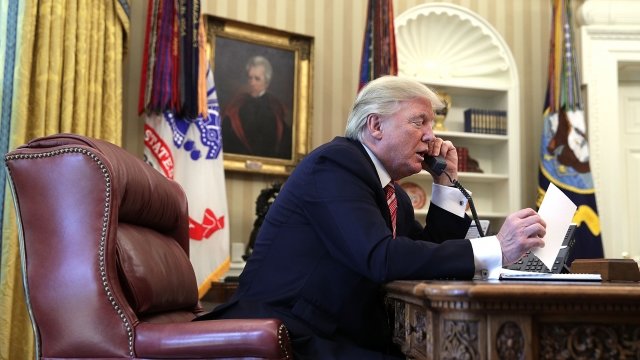 According to the AP, the White House statement says Trump told President Recep Tayyip Erdoğan of "pending adjustments to the military support provided to our partners on the ground in Syria."

The Egyptian military said it hit "terrorist" targets with airstrikes following the attack.

Turkish officials lauded the decision; the U.S.-backed YPG Kurdish fighters are considered by Turkey to be one and the same with the PKK, a Kurdish independence group that both the U.S. and Turkey consider to be a terrorist organization.

Regardless of how it plays out with its allies, the U.S. may not need extra help in Syria now that ISIS is facing military defeat.

And there are reportedly hundreds more U.S. troops in Syria than originally disclosed. Multiple reports indicate the Pentagon is set to announce that around 2,000 troops are on the ground there — significantly more than the official count of 503.