Uvalde Teacher Shot Says She’s Not Returning To The Classroom 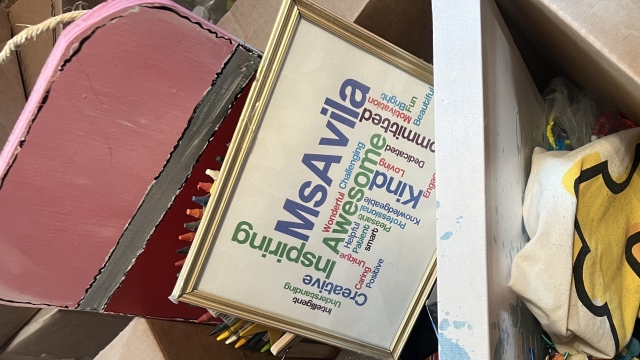 A teacher injured in the Robb Elementary School shooting will not be returning to a classroom this year, while she recovers from being shot.

"Every year, you know, I was there," said Avila.

She would be in class preparing for the school year, just like her siblings — a family of educators.

"She teaches first grade at UDLA and this is my other sister that she teaches fifth grade at Florence Elementary," she said.

But after a 30-year teaching career, this year Avila is focused on recovering physically, mentally and emotionally from a mass shooting that left 19 students and two teachers dead at her school, and paralyzed her passion.

"It's different this year. I sleep with my light on. You know, I can't handle the dark because we were in the dark for an hour," said Avila.

The Uvalde CISD School Board approved a three-week delay to the school year this summer.

On May 24, after an award ceremony, Avila and her students headed back to room 109.

"They were all just so happy, laughing and smiling," she said.

That excitement quickly vanished when students heard screams coming from the hallway.

She texted her family and the school vice principal.

Help finally arrived an hour after she was shot.

"My biggest fear was like, I'm going to die in front of my students. You know, I don't want them to see me, to see me die. I was there to protect them but they ended up having to protect themselves, trying to help me," she continued.

She's still haunted by the terror that swept across campus.

Avila was flown to a hospital in San Antonio and  later found out one of her students was injured by shrapnel.

It was a heartwrenching reality and trauma that's now holding her back from teaching.

"My biggest fear is that I won't be able to handle it, that I won't, you know, have a meltdown or an anxiety attack or panic attack," said Avila.

NEWSY'S ADI GUAJARDO: What message do you have for kids going back to school this week?

ELSA AVILA: That they can move forward. They are strong. They're brave. They've already been through the hardest thing that anyone can go through.

Avila tells Newsy she's considering returning to teaching in the spring, but says it's just too early to make that decision.