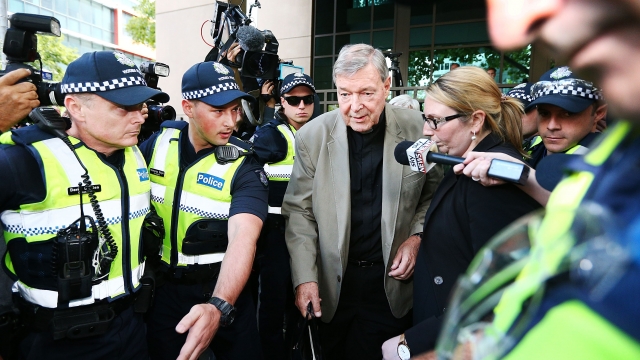 A jury found Australian Cardinal George Pell guilty of child sex offenses, making him the highest-ranking figure within the church to be convicted.

The jury found him guilty of one charge of sexual penetration of a child and four charges of an indecent act with or in the presence of a child. The jury reached its decision in December, but the verdict wasn't released until Monday since a judge prohibited any reporting.

The jury heard testimony from one of the victims and found Pell abused two choir boys in a cathedral in Melbourne in 1996. Pell pleaded not guilty last year.

The verdict comes as the Catholic Church is facing allegations of sexual abuse by priests worldwide. It comes on the heels of the four-day summit hosted by Pope Francis on preventing sexual abuse within the church. The Pope said the church is going to punish any clergy who commit these acts.

A Vatican spokesperson said Tuesday Pell is barred from having any contact with minors and exercising public ministry pending the outcome of an appeal.

Pell is expected to be sentenced in a separate hearing in March.